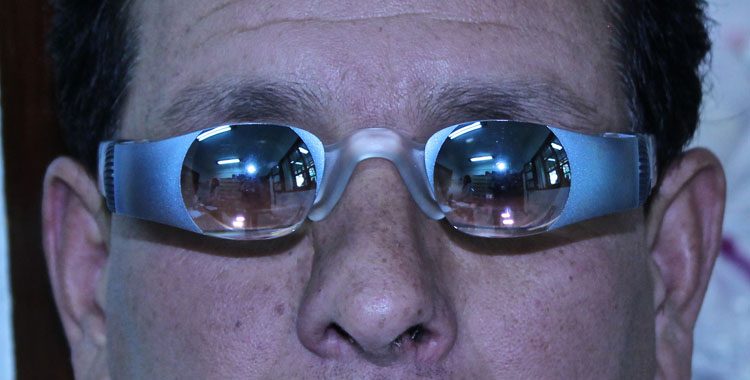 Vosh 2014 Samaipata, Bolivia Tues, Feb 11, 2014 (note post delayed due to lack of internet service during mission)
Woke up before the 5:30 roosters. Stomach is a little queasy today. Definitely taking immodium with me to clinic.
The bathroom situation is interesting. I don’t know if it will ever feel normal to throw toilet paper in the garbage rather than flushing it. But the sewer system can’t handle the paper. The shower has an electric heater attached to the shower head. Electricity and water together, hmmmm. It becomes quite the game between temperature and pressure. The higher the pressure the less hot water.

We see so many botched cataract cases. I was told that another country (that I will not mention) sends it’s medical students to South America to practice surgeries. And they do not do a good job at all. In fact, there have been so many bad outcomes, it’s hard to convince some patients to get cataract surgery. Either they or someone they know has had a bad experience. The surgeon did do six cataract surgeries and one evisceration.

We saw 360 patients today. More than yesterday but less than we normally can. Smaller space and fewer students (only one) is slowing us down a bit. Which means I saw approximately 85 patients, in addition to helping when needed in translation and dispensing glasses. A normal day in Chicago is max 25 patients. And there I can move the patient’s chair up and down. Here we are both sitting in plastic chairs; tough on the back.

I saw an elderly woman whose cornea had perforated at some point in the last few months. There is no hope of regaining vision in that eye. But at least I could give a couple of months of topical pain meds to alleviate the excruciating pain she is in.
Several macular degeneration patients, lots of cataracts and pterygia.

Until I finally wizened up, a couple of times I would spend 2 or 3 minutes talking to a patient. And they seem to be paying attention; but not answering questions. First I think to myself, ” I thought my Spanish was pretty good”. Then it dawns on me to ask if they speak Spanish. Nope. They speak Aymara, one of the Incan languages. Time to find a translator.
This is such a great group. Although we all reached our breaking point at some time during the day (mine was when a woman followed me up a flight of stairs and into an exam room because she wanted a different color frame – it was the end of the day and we were trying to clean up) we all just shake it off, smile knowingly at each other and move on.

Poor Rene. She has been working with the general physician translating. She is learning a whole new vocabulary from hernias to venereal diseases.