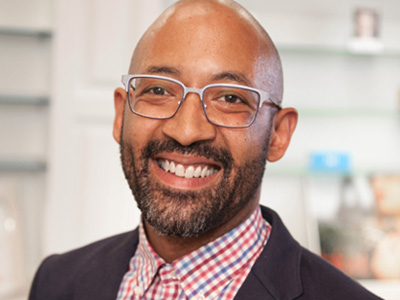 Certified by the American Board of Opticianry

Jamar was raised in a multi-generational home with his grandmother, who was blind. His upbringing provided him a unique skill set where he innately understood an individual’s visual needs by practicing patience and compassion. He has built his career as a tribute to his early life and experience, always returning to this skill set. Jamar began his optical career in 1993 at an independent eye care practice in Michigan. He worked as an apprentice optician, learning and honing his skills in the total care approach for patients. Jamar quickly identified the relationship between premium eyewear and advanced eye care services, realizing that the combination could benefit patients in ways that larger corporate chains could not offer. In 1996, he moved to Chicago with the goal of expanding his experience and knowledge in order to one day own and operate his own a practice. In 1998, he joined the newly formed Visionary Eye Care. In the years that followed, he received his ABO certification, managed the practice and eventually became a Partner. His vision and commitment to eye health care and serving the community helped propel the practice to where it is today. He takes great pride in the practice, and says he’s often humbled at how he ended up where he is today. Jamar’s formative years, and helping to care for his visually-impaired grandmother, has lead to helping and serving generations of families within his community.